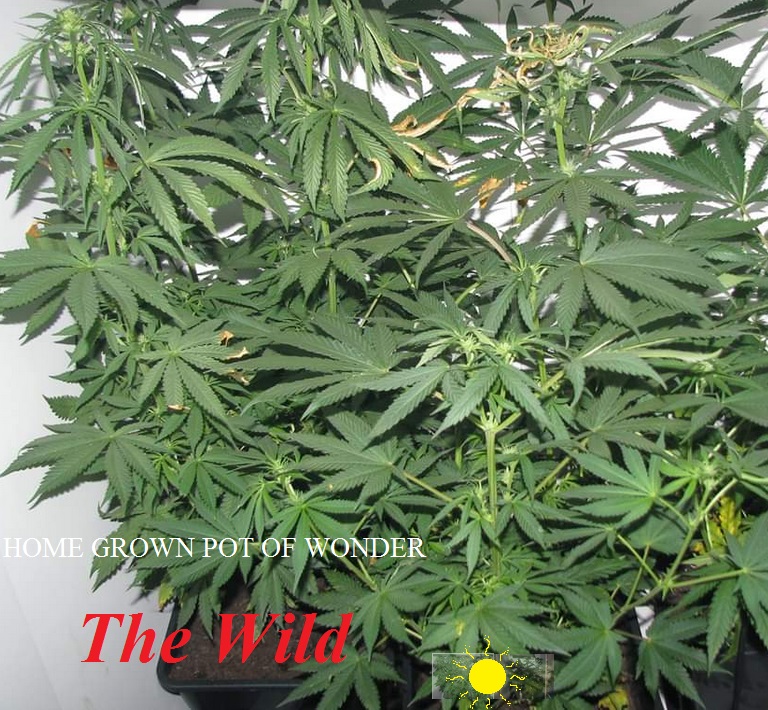 The Wild on Spotify

Charlie from York : " It's brilliant- I listen to the whole of the wild's tracks on n1m every morning and I feel chuffed to bits each day."

Kiss to build a dream on (lyrics)

Albums and Tracks by The Wild

ORDER ANY COMBINATION OF TRACKS ON MEMORY STICK HERE...

The Wild are on all these music sites:-

THE PLAY FOR TODAY:

Some struggling at the beginning but generally flows quite well, particularly pleasing during the middle section with a free feeling before the glide and the slow down. The major seventh towards the end added a new direction of interest which led to a conclusion. Not bad, the Tanglewood sounds quite bright through the SM58 microphone however the dynamic, not quite enough, would have been better captured at night (not really allowed here). Some unusual chordage as requested to spice it up.

I'm not sure what to say about this one John, it had a momentum to it, a bit too stacatoish in places like the first piece. The B major was a momentary distraction and then we returned to the A, B minor, E. There is one wrongish note in there, it drifts off a bit boring like towards the end, I don't know if I did that on purpose but it's hardly noticable and the ending is subtle- well done.

There's a bum notey bit right in the middle which ruins it a bit so i can't give it an A but, like, the classical I repaired earlier this year sounds quite sweet on this one in terms of the recording process itself, sorta thing kinda mate (like the stop). Don't worry, everyone has a bad day now and then John. I think you've learned the bare necessities of guitar playng sheri so what remains is the opportunity for further practice.

Sheri: "I tell you what John, you're the funniest fucker I've ever known."

An impro a day keeps the doctor away. Okay John this one was better, I think provisionally that your improvisations are improving. Shame about the monumental balls up in the middle but we edited it out for you mostly. Always A major John or do we get any other keys? I'll give it a Grade III C- how's that? (How's a spit in the mouth sheri?) Alright, for the descent bit you can have a pass but I think you belong in a damned asylum to be quite honest John with artwork like that. (John:fuck you bitch! <throws guitar accross room-clang! and storms out of room>) sheri:Get him out of my sight! witnesses:Are you alright sheri? sheri:<sobbing> witnesses:sheri, don't cry he's a no good schizo they've proved that. sheri:I want him, I need him, bring him back here. witnesses:sheri- he's a fucked up individual, it's fact. sheri:NO!, I need his sweet guitar and his talented fingers caressing my aching nipples- his mastery. witnesses:sheri you're a fool he's a low down good for notin' rotton old luny-tune you know that... sheri: GO AWAY! YOU DON'T KNOW US! witnesses:alright bitch keep your hair on ... <witnesses leave room> Don't get yer knickers in a twist sheri... .sheri sits quietly, breathing deeply for a while, she looks up at the mirror and there is John at the door...  Hi;

That's very nice John, I definately pass it- congratulations. (thinks: do i get a kiss?)

That was really not bad for a first attempt at the new Sarco genre sheri, the  pace was good and the train was rollin'. How did you like the feel of the Godin?

It's silky smooth John and the little Tanglewood combo sounds a dream.

"sheri, we've both passed our exams now, will you be my bride?"

John; I slept on it and when I checked my email in the morning, I received this:- 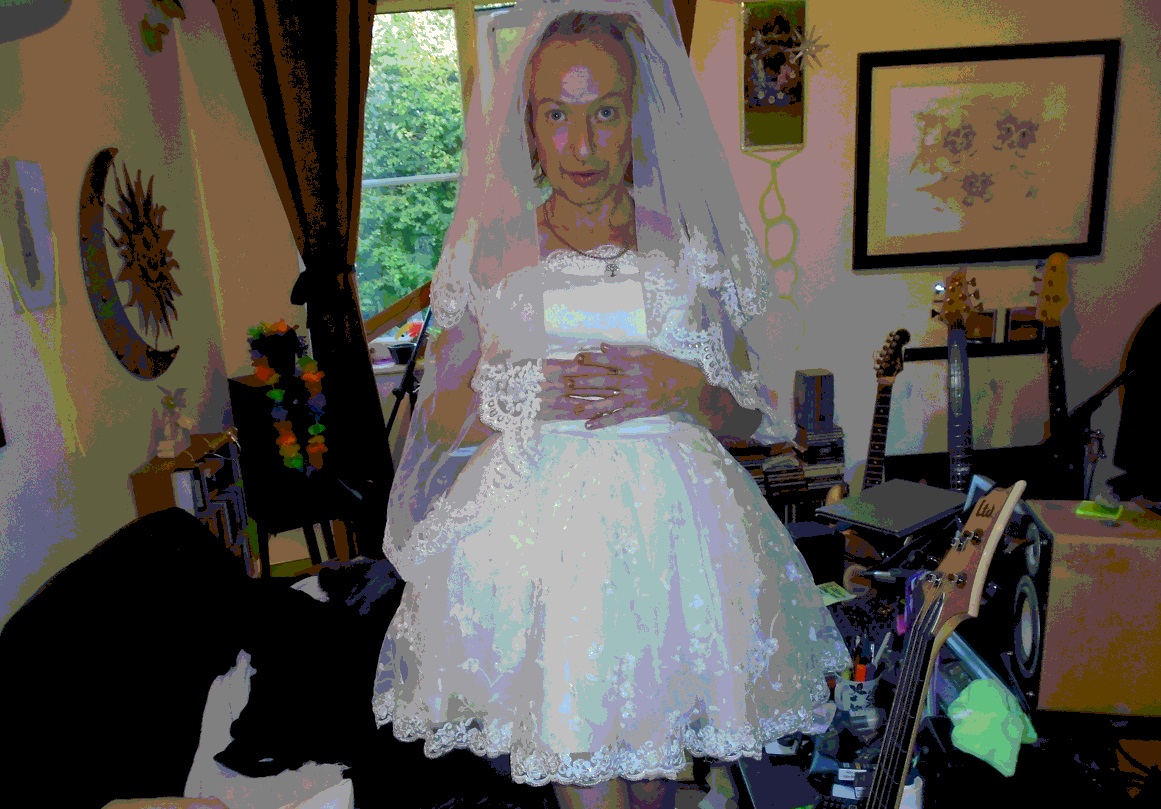 You are the weirdest schizo I have ever had the misfortune to have encountered and a shit guitarist- let's face it Pal. You propose to me in MY wedding dress! looking like crap BTW. and expect me to repond positively. The answer dear Johnny is a resounding ...

sheri- <gently shakes shoulder> wake up... it's full moon and the atmoshphere's charged.

John, what time is it?

It's just before mid-night fancy a cuppa or something?

Yes let me get up and put my silky see-thru neglege on- god I smell sexy don't I John?

John, you haven't seen my new white garter have you? you know the one with the sweet little bow on it I bought for Marcy?

Isn't it where you left it? Here here's your tea.

Well, things, (things?), yes things like dressing up and stuff,

It's just that I found sperm stains on the hems of my favourite skirts and dresses <CLANG!> and well John...

John it turns me on too and I want us to be a couple.

My reply John: Calm the light

<tears of joy all round>

Nobody does it better

sheri, how about Pheonix? yeah John I can snog my arm muscle to it.

So John, I remember you sharing this track over the net with a dial up modem back in about '95 just before you won the Internet in the 35K competition with SWARM.EXE. You used Turbo C did you- Cool.

Let's branch out with a bit of J.J.Cale.

I remember it John, You missing the last train home again at Marylebone trying to hump a guitar and combo and FX unit and Folder back fromThe School of Audio engineering in Islington. '85 was it John, and you got the Diploma in the end too.

Still, I digress, we just got married - lets go screw...

John: sheri, I'm a man, but I love women and women's things, I want to dress in your clothes and snuggle into your perfuum smells

sheri: John GO to sleep I've got a headache.

While sheri sleeps, John gets out the Weather Report equipment with Jaco and thinks while I was sleeping in a stream on an 'adventure holiday', this was happening in Montreux- I was ten. Nice that I own three bass guitars now, one fretless ESP which I use to get a feel of that lot.

sheri babe don't worry, it's just a bit of Herbie, nothing to worry about.

Oh John- that would be perfect; -funky isn't it...

Yeah you bet- fancy a bit of midnight action to it?

John I just woke up can we turn this shit off and have some peace for a while please?

John you twat! I don't take sugar and I hate too milky, bastard..

Only joking shez, it's just how you like it sweetheart, fancy a digestive biccy?

How about a bit  of Fairport?

I'm going to try to be a professional Paranoid Schizophrenic rather than just an amateur you know.

Good enough for yer or should I get the hessian overalls and lumi-jacket on now and go and start diggin' the roads up while you lounge back on the feather pillows in your chiffon with a glass of Prosecco (cheap taste) and flick yer bean?

How about shelf stacking?

SHELF STACKING! what at 'every little helps' I can't stand that strapline, it doesn't even make sense in proper English.

well, pass some accountancy exams or something,

Oh, I'm a bleedin' Accointent now am I?

John: so get this : BEASTIE BOYS: PARTY soda and pie sheri?

No John, settle right down. Try this and think of your granny.

The creature on the right is a match for even you sheri...

Okay shezza that's lovely, I'd rove through the grove with you anyday,

sheri: Very well John, as you instruct. Honour and Obey.

Do you think black Friday will come sheri? Yes, probably John- have you put the washing on yet?

"Fuck you that's your job!"

John, there are some lessons have to be learned here...

You're telling me sheri~ get the paddle out and start gagging respect on my horn..

John, listen. There's something about transvestite husbands that really turns me off. I want a divorce.

Serry's got a Sainsburys taste the difference Free-range chicken for Sunday lunch and she got my Flawless from there too not from Boots, and for £20.

Alright John, I know you're sweet really so get on with the washing up and I'll start the Spag-Bol darling okay..?

John: what so you'll have me back?

sheri: haha get real you wally whos the fool John??

Well, you know where you'd be without me John. This was in '76 and we were eight and slept in our own bed for the first time- remember!!!

Yeah too right shez, One less egg to fry